Fortified Trutnov region, fortified Czechoslovakia, fortified border. Part of our famous but ruined military history. There is still a lot to discover in this field. The main attraction in the Trutnov region is the Stachelberg fortress, a concrete giant preserved in its most authentic form. The fortress is surrounded by smaller buildings - bunkers, without which, the fortress would be actually inoperable.

The trail “Fortified Trutnov Region” will give you the wide picture of fortification and its functions. This educational trail follows the line of the permanent Czechoslovak fortifications from 1937 - 1938, built against the impending aggression of Hitler's Germany.

Reasons why you should visit this educational trail:

- It is a way to discover what immense efforts our ancestors went to to defend the republic against Hitler's Germany.
- In terms of fortified objects numbers this educational trail represents one of the largest sections of Czechoslovak fortification.
- You will visit the Stachelberg fortress, the largest modern military fortress in the former Czechoslovakia with an extensive underground system.
- The damage of objects is minor, therefore this nature trail displays one of the best-preserved lines of heavy fortifications in former Czechoslovakia.
- You will follow a line of infantry bunkers (heavily fortified buildings), each of which is a unique structure.
- An information board is located next to each bunker.

What can you expect?

From the starting point at the Stachelberg fortress, you can choose (depending on your interest and time) one of three options - see maps:

The route runs from Stachelberg to the infantry bunker T-S 82 on the Rýchory slope. You will see three large bunkers and experience wonderful views far into the region and will return the same way to Stachelberg. You will visit the Stachelberg fortress with an extensive underground system, military-historical exposition showing fully equipped small bunkers. The part of Stachelberg site is the place for refreshments and Eliška lookout tower with beautiful views of the region.

The route follows the line of fortifications from Stachelberg to the infantry bunker T-S 63 in the village Libeč. You'll see nine heavy objects, you will also pass series of small fortresses ("řopík"), with a closer look you might recognize in the field a line of trenches made by our army during the mobilization in September 1938. The route continues via wooded terrain and picturesque valley of Ličná river. From Libeč (the outskirt of Trutnov) the centre of Trutnov can be reached by bus. Return to Stachelberg by public transport is not available from here. Therefore, for car tourists the part of the southern route is made available as a CIRCUIT 3.

3. CIRCUIT - for car tourists with the possibility to return back to your car.

This is the most interesting part of the southern route in the length of 6.8 kilometers showing massive fortifications. The circuit begins and ends in the village of Libeč
(outskirts of Trutnov). You will leave Trutnov in the direction of Královec and Poland. In Libeč village you can park your car by the railway viaduct or in smaller parking places about 200 meters further (see map).From here, a marked path leads to the infantry bunker T-S 63 - the beginning of the educational trail. It follows the line of heavy fortifications to the infantry bunker T-S 68. From here you will return to the Libeč railway viaduct via the valley of the river Ličná. 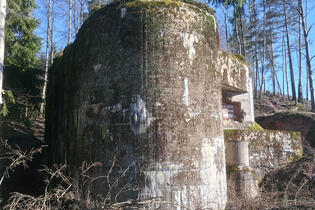 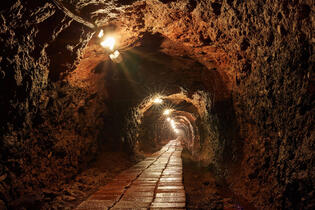 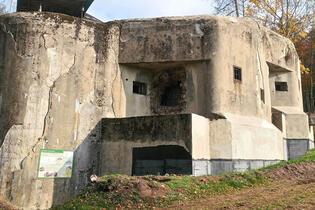 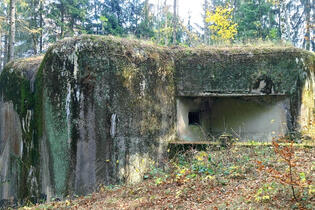 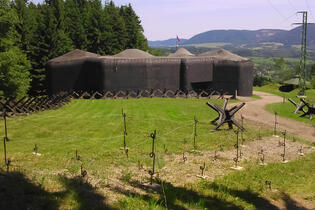 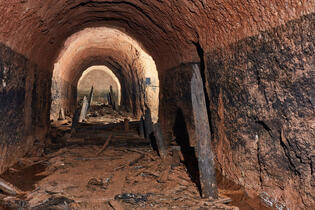 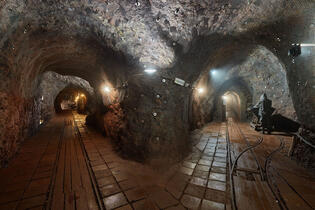 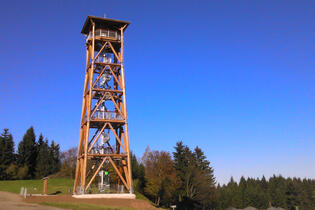 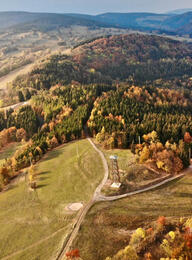