Trutnov in a day

If you try hard, it is possible to get to know Trutnov in one day. At first, make sure to start with a walk around the city's heritage site and visit the Dragon Gallery. Later in the day, we will take you out of town to show you the best places around like Stachelberg fortress, Trutnov Trails or Weaving Mill with a museum exhibition. Let's go.

The first written note of the town dates from 1260 and which was founded as a settlement of Úpa (along the river of the same name) in the place of today's Upper Old Town. It got its name Trutnov at the beginning of the 14th century at the latest. Today, Trutnov is the second biggest town in the Hradec Králové region with approximately 30,000 inhabitants. 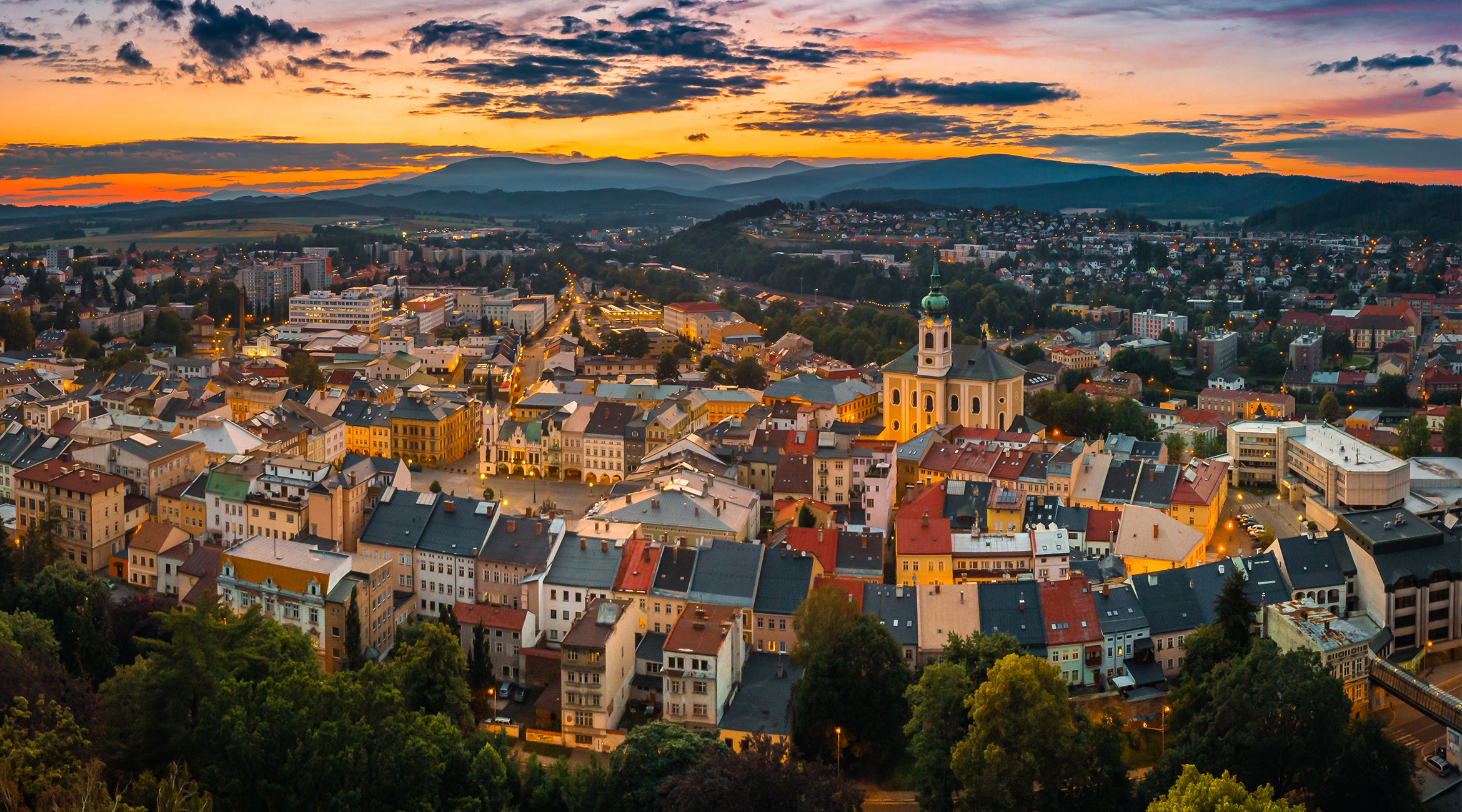 The large square is lined by arcades on all four sides, which is very rarely found. In rainy weather this arcade is a real advantage. The impressive buildings from the 19th century remind us of the city's famous industrial history.

The square is dominated by the Krakonoš Fountain, which dates from 19th century and depicts the ruler of the mountains in non-typical sort of manner from today's point of view. A significant feature of the square is the Plague Column, boasting an unusual inscription in three languages. The statue of Joseph II. was returned here only recently as a reminder of Emperor´s two visits of the town.

When you pick up a map of “walk around the statues” in the city centre at TIC, you will visit the entire city centre and its monuments. The walk takes about an hour. 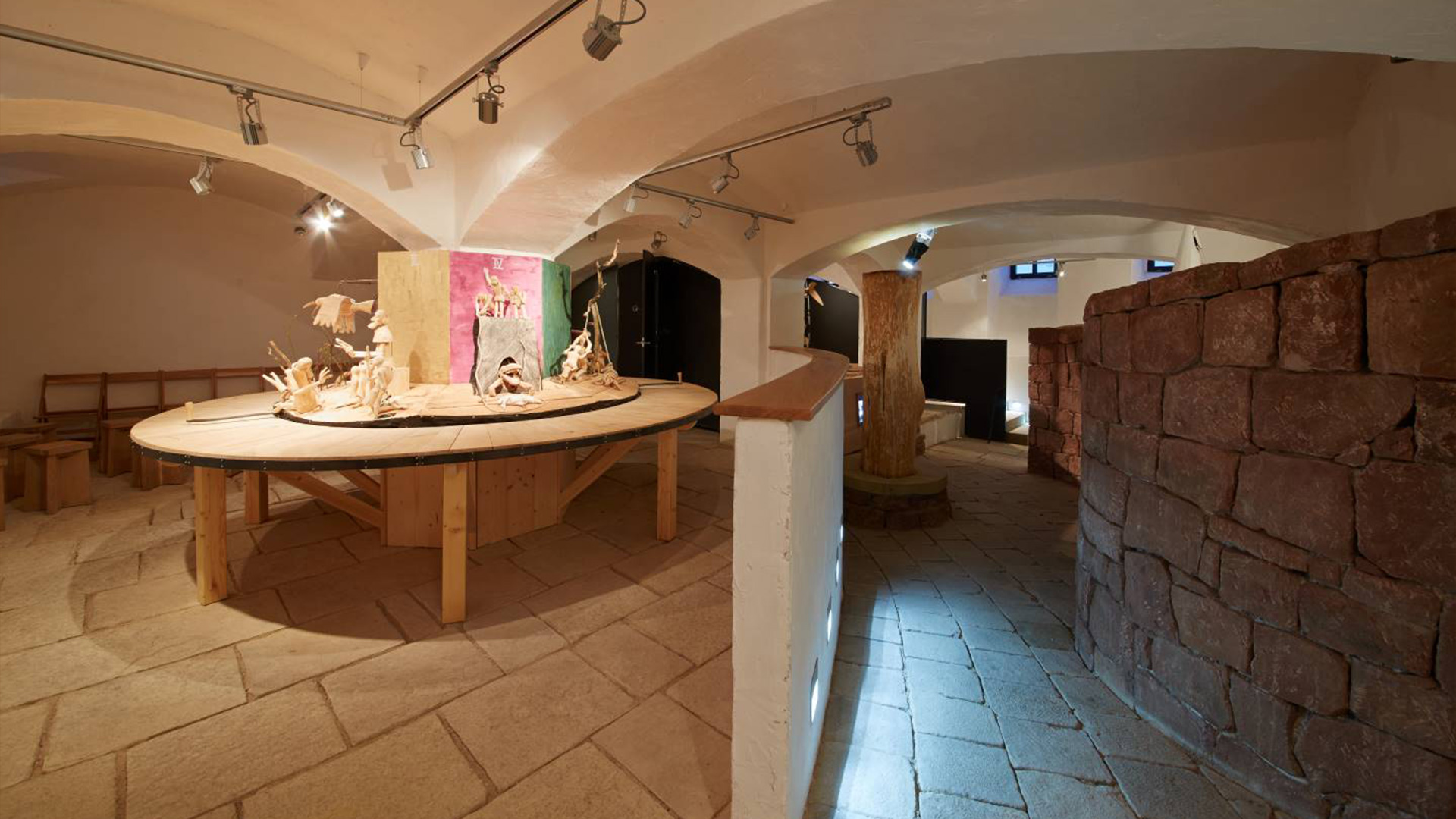 When you are in town even for a short stay you should never miss out on visiting the Dragon Gallery. You may have noticed that Trutnov is full of dragons. After all, the dragon is a part of its heraldic emblem. And in the gallery, you will learn how it all happened. It could be just a myth, but it's surely entertaining and you certainly won't be bored.

In case you are a fan of the local legends, you can get to know them in interesting way by using smart phone application Geofun. The small imaginary dragon will guide you through the places conected with old Trutnov legends.

The Dragon Gallery visit will take from 30 mins to an hour. The dragon walk will take you around the town heritage site (MPZ) and takes about an hour. Opening hours: all year round from Tuesday to Sunday 10-12 am and 2-5 pm

If you are a history buff and history is your main interest, you will surely be inspired by the following invitations. If you prefer more adrenaline, you may skip the first two suggestions and go to the next options. 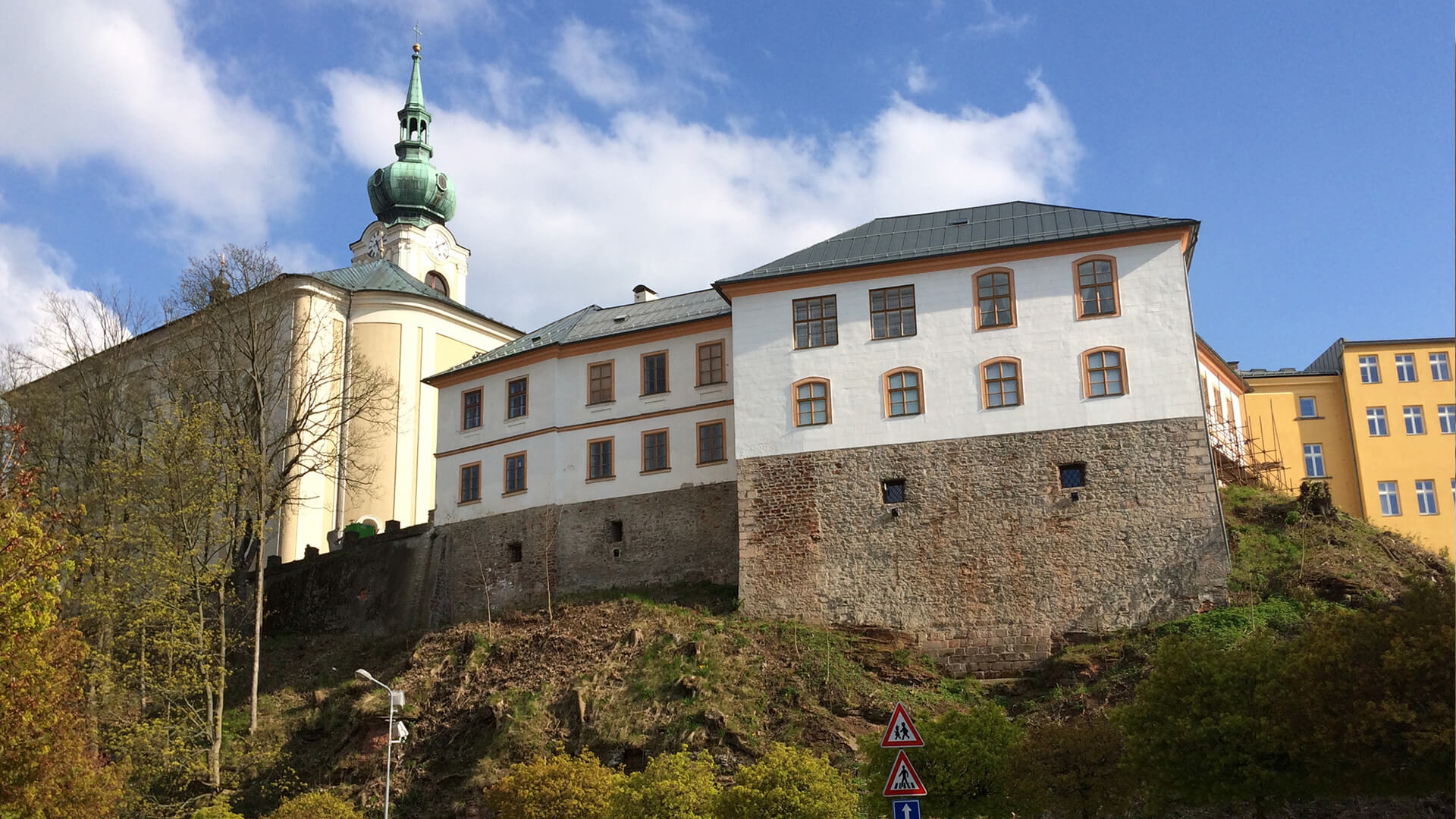 The fact that it is the longest permanently inhabited place in the town is interesting. The museum is in the building which originally was the castle. Only the former first floor has survived to the present day, more reminiscent of the underground. Currently, it is used as a restaurant and wine bar. The entrance portal to the restaurant is the place where the oldest stone depiction of the city emblem is.

Let´s get back to the Podkrkonoší Museum. The expositions called Castles, chateaux, and rural homesteads of the Trutnov region are amazing. Each of them is presented by an interactive scene. A special section is dedicated to the famous Austrian victory in the Prussian-Austrian war on June 27, 1866.
The museum organizes a large number of exhibitions to different occasions. 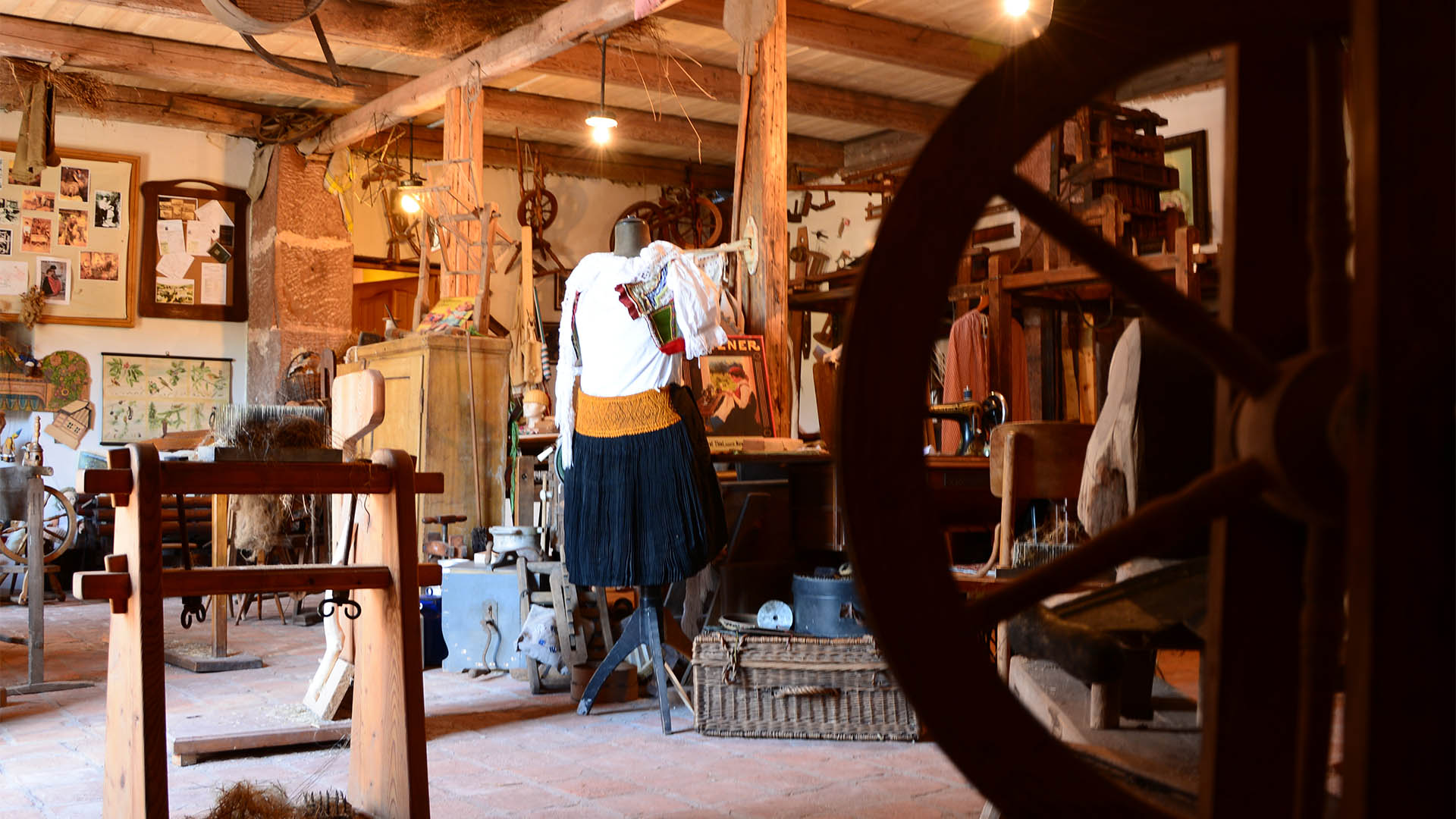 A small private museum on the outskirts of Trutnov - Voletiny will surprise you with several exhibits, especially authentic stories about weaving. Children will learn what really happened to a fairy-tale mole character Krteček and his trousers. Older children will be captivated by the softness of the yarn, processed by the guide on a spinning wheel. You can try yourself a few strikes (rows) on the loom.

Part of the Weaving Mill is an art workshop, where visitors can make themselves a small gift to take home.The weaving mill offers a possibility to sign up for a thematic weekend workshop.

A visit to the Weaving Mill can be combined with a pleasant walk along the Voletinský Okruh, which takes you along the lately renovated Stations of the Cross in Voletiny, following through forests, fields, meadows and back to the Weaving Mill (at “Boží muka / Calvary” turn 100 m to the right).

Opening hours:  May to September from Wednesday to Saturday 9am -3pm, otherwise by phone arrangement.

The combination of history and adrenalin is present at the Stachelberg fortification. It's a piece of amazing history of the Czechoslovak border. Visiting the site can quite exciting and challenging. 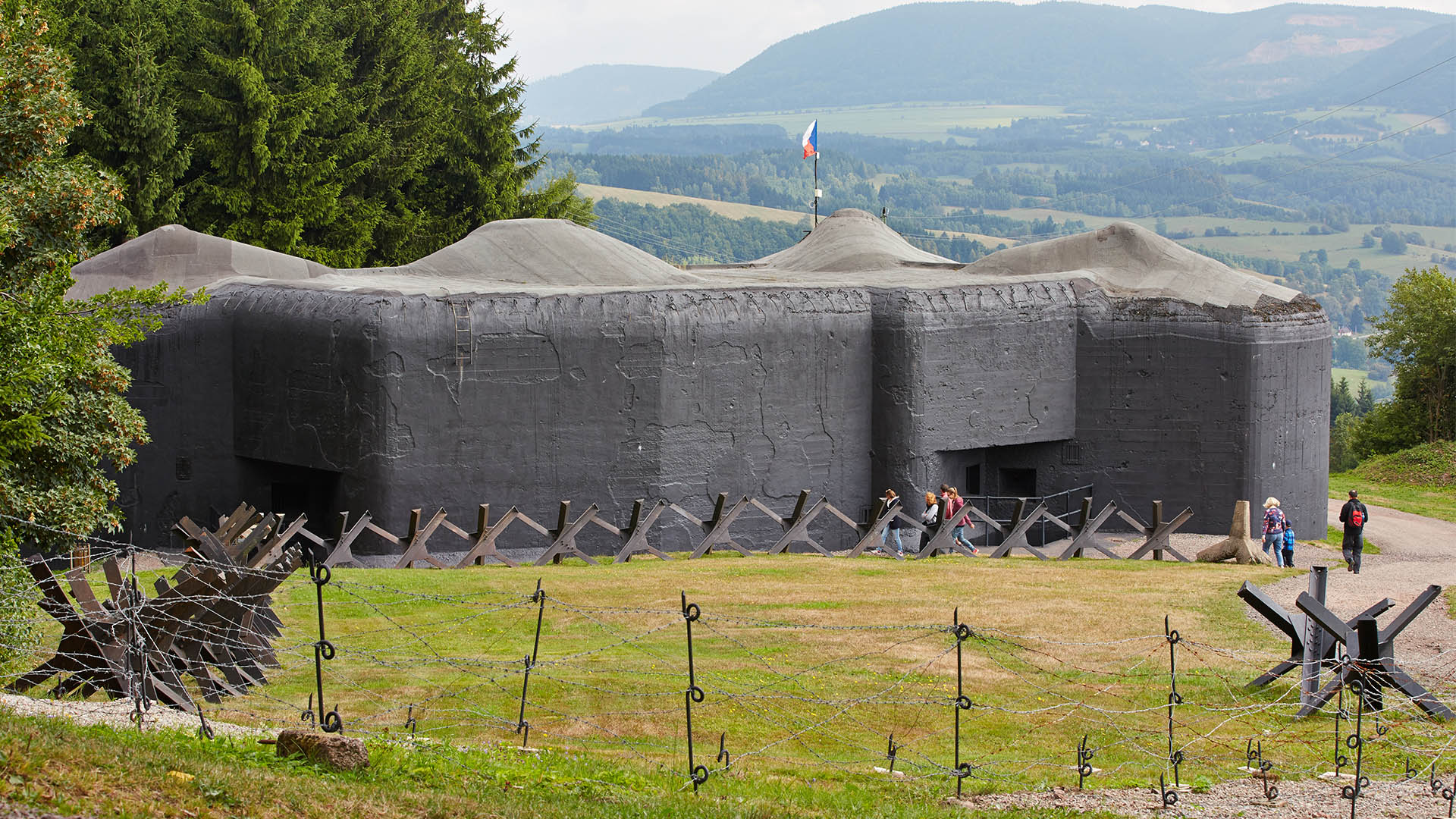 Concrete giant at the foot of the Krkonoše – can be found near the village of Babí between Trutnov and Žacléř.

The surroundings of the artillery fortress, part of the First Republic fortifications, are adapted to draw the visitor´s attention to its story. A group of Stachelberg enthusiasts have renovated the fortress to its initial state from just after the Munich agreement in 1938. However, it is not a single building; there are other parts of the fortifications and the defence of the state in the vicinity, such as the well-known light bunkers, trenches, barriers, etc.

Your sightseeing tour guides will give you the best information during the two sightseeing tours. The first one takes you through the deep underground system and the other is a tour of several other locations nearby.

The Eliška lookout tower, named after the Czech and Polish queen Eliška Rejčka, rises above the entire complex. The view of the easternmost part of the Krkonoše - Rýchory is definitely worth those few steps.

It is worth paying a visit here, even if the fortress is not open. The educational trail “Fortified Trutnov” will deepen your historical knowledge. 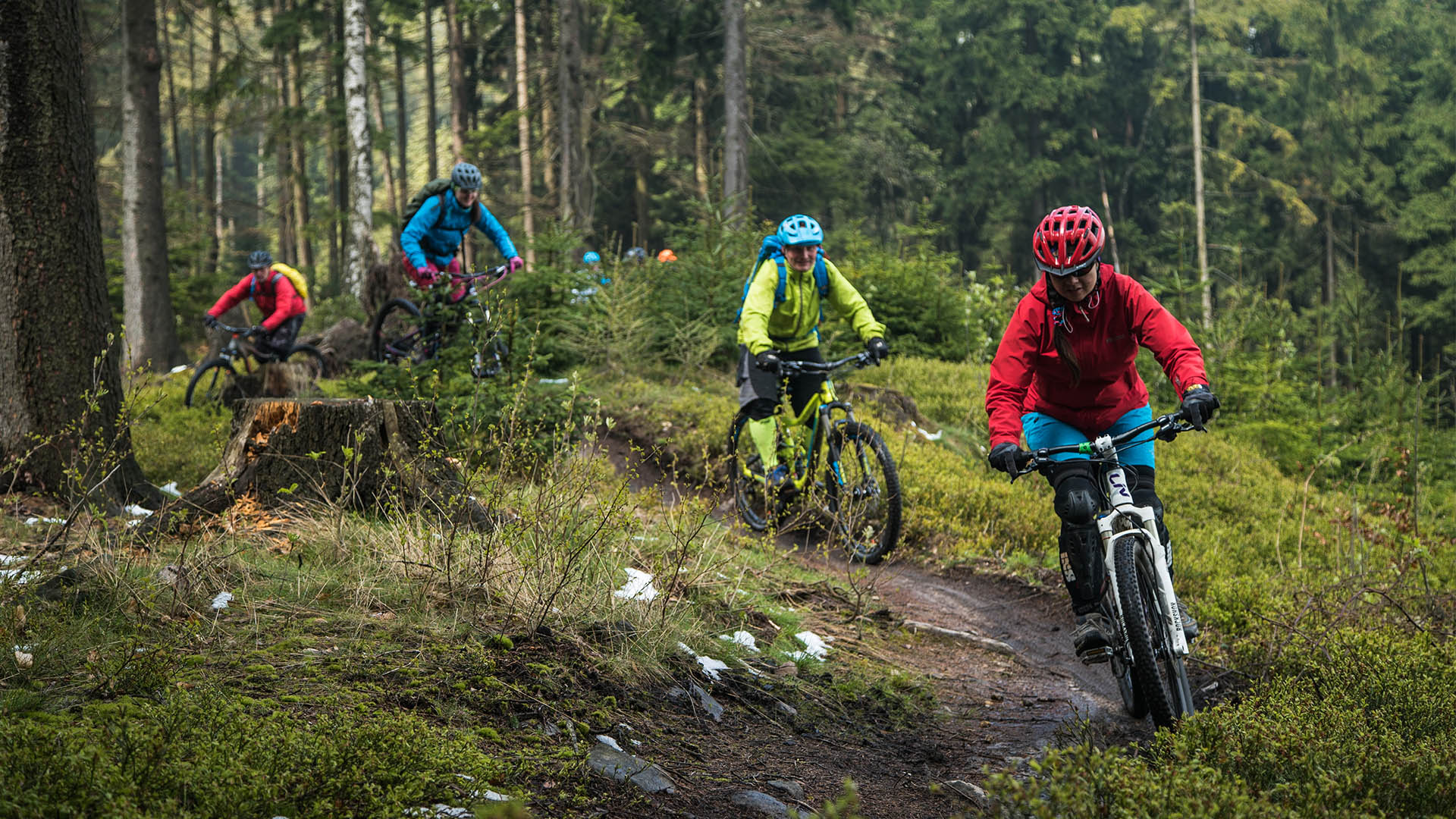 This is real adrenaline sport for the brave. The network of one-way off-road trails for mountain bikes in the locality of Čížkovy kameny and Jestřebí Hory with a starting point in Lhota village not far from Trutnov offers five trails of various difficulties. The tracks are designed to suit both beginners and those who are looking for more challenge.

An added bonus to your sporting performance are undoubtedly the beautiful views, countryside full of rocks and boulders and the beautiful deep forests around.

If you don't have a bicycle, don't despair. You can book and rent a bike at the Trailcentre in Lhota near Trutnov. 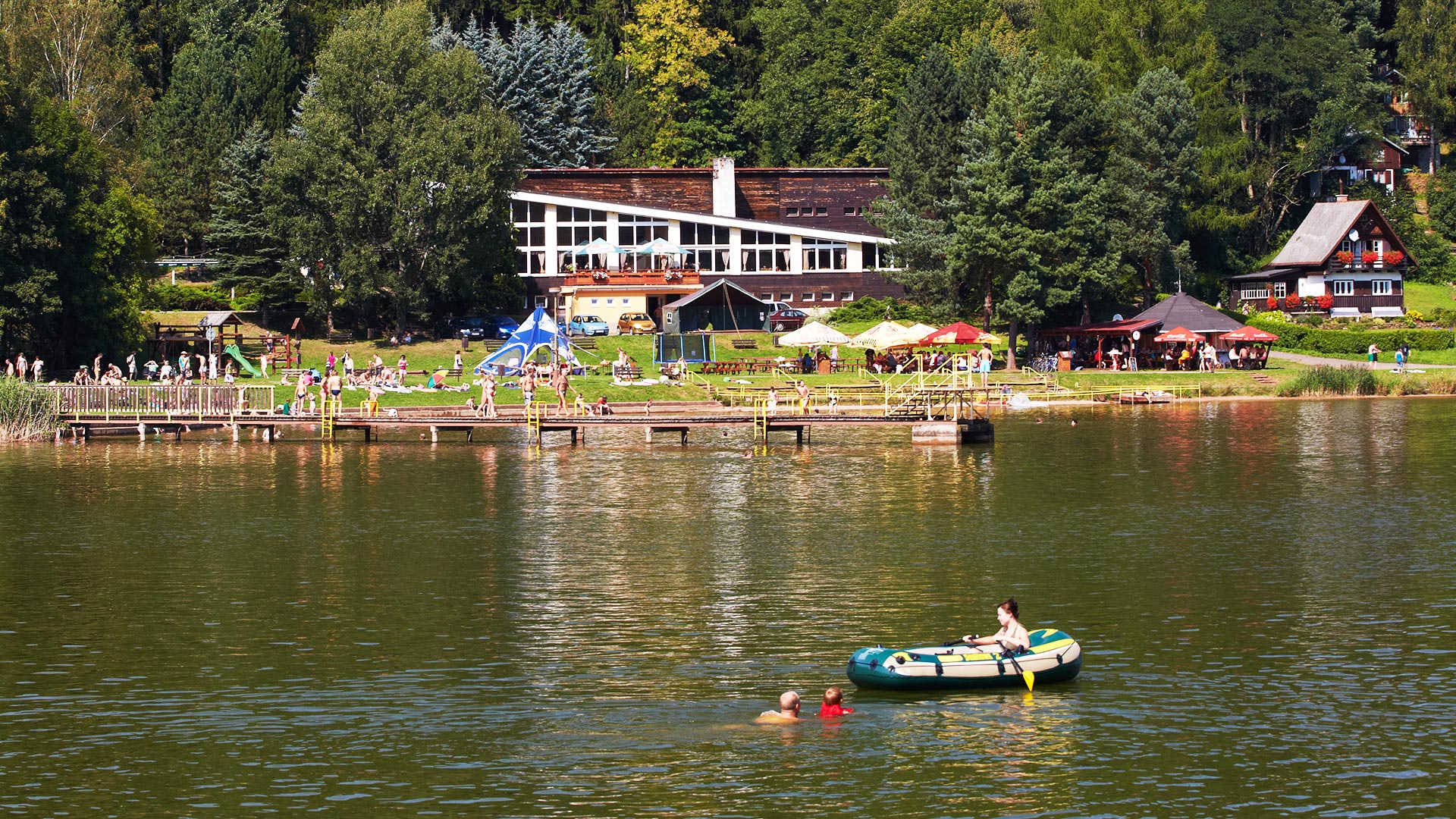 What about the evening?

The night is still young, and you want to go out after all experiences and activities, you can either