Until 1605, there was only a wooden fountain in the local square. Subsequently, a new fountain was built in Trutnov and was for 100 years decorated by a dragon made of white sandstone. Since 1892, the new Krakonoš Fountain built on the site of the former Dragon Well, as the fountain with the dragon was called, has dominated Trutnov Square.

The Krakonoš Fountain, designed by J. Kirschner, a professor at Trutnov high school, consists of a granite reservoir, a sandstone core and a more than two-meter metal, classically designed sculpture of the Lord of the Mountains. During the construction of the fountain, a metal box with documentary data about the construction was inserted into the middle stone.

The original sculpture made of zinc cast iron was created in the Berlin art foundry of A. Castner. In 2001, the statue, which had been considerably damaged by age, was replaced by a bronze replica from the  Jindřich Janeček Vamberk workshop. Since 2015, the figure of Krakonoš has again been supplemented by four smaller sculptures of dwarves - gnomes, which were originally also placed on a fountain, but which during the second half of the 20th century were removed and lost. The author of the replicas is Paulina Skavova, a Trutnov native. 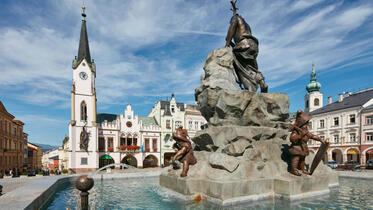 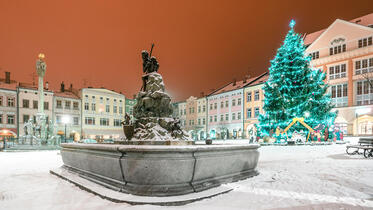 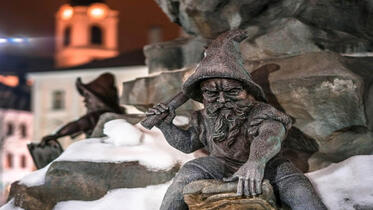 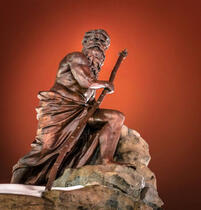 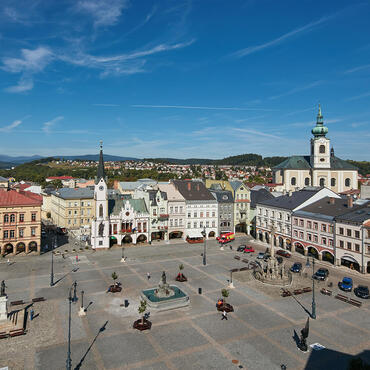 The historical town centre has been proclaimed a National Heritage Site since 1990. Its historical oval shape is still...
More information 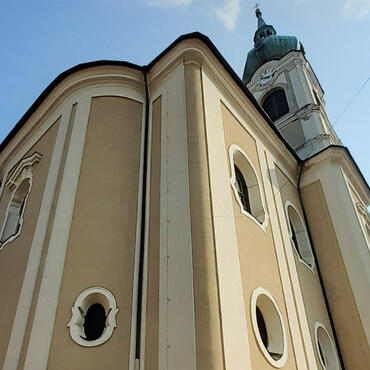 Church of the Nativity of the Virgin Mary

The church of the Nativity of the Virgin Mary is unmistakably a landmark of the town. The classicist building with late...
More information

The Podkrkonoší Museum is located in the town centre, in Školní Street, next to the Church of the Nativity of the Virgin...
More information
All places of interest